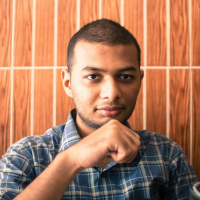 My name is Asir Muntasir from Bangladesh. I have been doing Freelance SEO Content Writing for over 3 years now. Educational Background: 1) Bachelors in Pharmacy From USTC 2) Diploma in Networking Technology from IDB Experience as a content writer: 1) Fiverr - 2 Years & Currently a level 2 seller. 2) Facebook and Linkedin: Worked with 5 Clients (Total around 1 Year) 3) People Per Hour - 8 Months & currently a Cert 5 Seller. I have expertise in a wide variety of niches including SAAS, B2B, technical, health-based content writing, and many more.

Windows VS Linux OS: Which One Is Better?

It is near impossible to determine which one is the better OS as each has its own appeal features that are attractive to certain types of users. This article would focus more on the features of both types of operating systems and how they are different from each other.

After reading this article, you would have a clear idea about the benefits and drawbacks are of using both Windows and Linux OS. I hope this would help you to take a much more informed decision.

What is Windows OS?

Windows 1.0 came into existence in 1985 founded by Bill Gates. There were several versions of windows developed later but it got its true recognition when Windows 95 was released. Over the years more versions of windows came and currently the latest version is Windows 10.

Windows is specifically made for regular people and business owners alike. It is easy to use but access to its source code is restricted. The popularity of windows outgrows Linux by a landslide because of its user-friendly interface. One out of hundred PC users has a Linux operating system, a regular people find it very hard to operate a computer with a Linux OS.

What is Linux OS?

Linus Torvalds, the founder of Linux launched the first Linux OS in 1991. The specialty of Linux is that it is open source which means everyone has access to the source code. Another reason why Linux became an instant hit was that it was fully free for use.

The first versions of Linux didn’t use to have any graphical interface which affected the user experience. But, one of the major advantages of Linux was that it didn’t take many resources of the computer where Windows OS requires high-performing hardware to operate at an optimum level.

While comparing Linux and Windows OS, I mainly focused on some important factors that both regular and commercial users should be aware of.

In Windows, the file system consists of drives and folders. The drive number is limited but inside the drives, the users can create an unlimited number of folders to keep the files in order.

In Linux, by default, some directories are arranged in a tree structure. To make things further complicated everything in Linux is considered as a file. Directories, external devices, and files are all treated as files.

In windows, there are four types of users.

There are 3 types of users in Linux

Windows is much easier to hack compared to Linux. One reason is that windows are used more widely than Linux which makes it easy for hackers to target Windows users. Windows also release their new versions after a long gap. The hackers take advantage of that and by the time the bugs are updated in the new versions much damage is done.

Linux on the other hand releases its versions more frequently and if there are any security issues a patch for it is developed in hours. This is possible because Linux is open-source which allows coders from all over the world to participate in making Linux better.

Security and privacy are two of the advantages that attract users to Linux. Your Linux also can be encrypted which keeps your data safe. You can be sure with Linux that no one is spying on you.

On the other hand, if you are a windows user you can tell by the advert how much privacy you are getting. Most of your activities are recorded to enhance the capabilities of Cortana. Most of your data are collected by windows in the name of giving users a better experience.

Which one should you choose?

It is not possible to say which one is better as both have their pros and cons. Depending on what is important to you, make a smart choice. We can point out a few differences between the two types of OS to make the decision easier for you.

My name is Asir Muntasir from Bangladesh. I have been doing Freelance SEO Content Writing for over 3 years now. Educational Background: 1) Bachelors in Pharmacy From USTC 2) Diploma in Networking Technology from IDB Experience as a content writer: 1) Fiverr - 2 Years & Currently a level 2 seller. 2) Facebook and Linkedin: Worked with 5 Clients (Total around 1 Year) 3) People Per Hour - 8 Months & currently a Cert 5 Seller. I have expertise in a wide variety of niches including SAAS, B2B, technical, health-based content writing, and many more.